Watching the Big Game on My Big TV 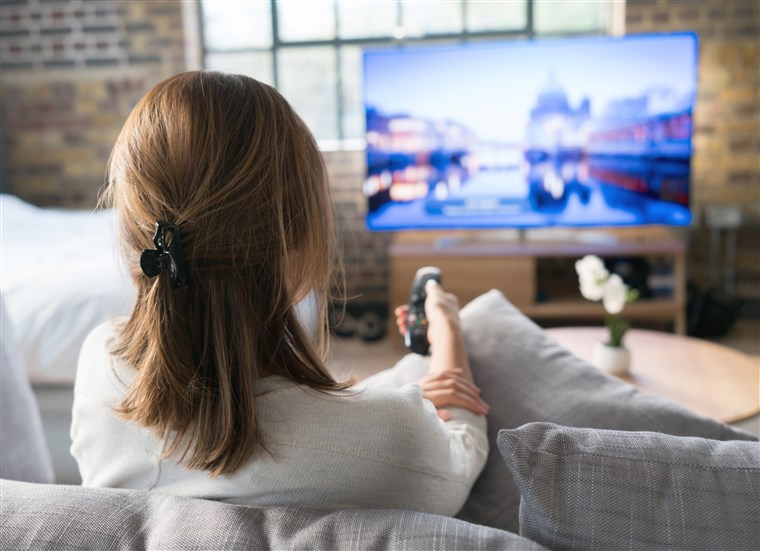 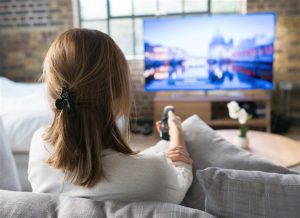 It’s Super Bowl Sunday, and for the first time, I own a big TV on which to watch the big game. My 44” smart TV, which some people would consider small as smart TVs go, is more than big enough for me.

This flat black electronic rectangle was a Christmas gift I never asked for – I was content with my circa 2003 TV, hidden inside of an armoire unless it was on, which was almost never. While friends talked about bingeing on Netflix and HBO series, I was intrigued, but I did not want to go down that rabbit hole for fear I would become hooked. I imagined myself curled up on the sofa with bowls of popcorn, escaping into another reality, which these days, sounds quite tempting.

The pandemic has altered, but not completely changed, my views on watching TV. When everything shut down last March and we were housebound, my partner and me began watching “Somebody Feed Phil,” on Netflix at his house an on 55” TV mounted above the fireplace. We then discovered “Emily in Paris” and “The Crown.”

Then one weekend, back at my house, my little old TV stopped getting any cable channels. I shrugged and closed the armoire doors. My partner, bless his heart, had the patience to call Comcast about the issue. When the usual over-the-phone troubleshooting steps did not work, the Comcast agent recommended getting a new box, which I did, but it did not work. I canceled cable.

Maybe it was time to cave and get a larger, smart TV. After all, we could watch Netflix at my house, too. I mentioned this to my partner, and I began doing some research. I wanted too much of a TV for the price I was willing to pay – I wanted the best sound, the clearest picture – and I wanted it to fit inside the armoire, which would mean it could not be any larger than 28”.

My partner argued that it made no sense to get such a small smart TV, and then a month before Christmas, he took a measuring tape to a wall in my living room and marked it with masking tape. It was obvious what he was planning, but I did not want a big black screen taking up a wall in my living room. The armoire’s purpose was to hide the TV, but now it was too small. I said I would consider putting a TV on a piece of nice furniture that would double as a TV stand and it could fit in a corner of the room.

On Christmas Eve, a large rectangular box covered in wrapping paper was leaning up against the armoire – there could be no mistaking what it was. I was now the owner of a smart TV, and although I have turned it on less than a dozen times since then, it’s nice to know it’s there when there’s history being made – I was glued to the TV for hours on the day of President Biden’s inauguration, and I’ve watched a few episodes of “The Crown’’ on Netflix.

Now, here we are on the day of the big game and I get to watch it on the big TV. I am not a football fan, but I watch for the commercials – of course I do, I’m in marketing – and for the half time show. I am looking forward to hearing Youth Poet Laureate Amanda Gorman because the very idea of poetry being read at a football game is more than enough to make me turn on the TV.